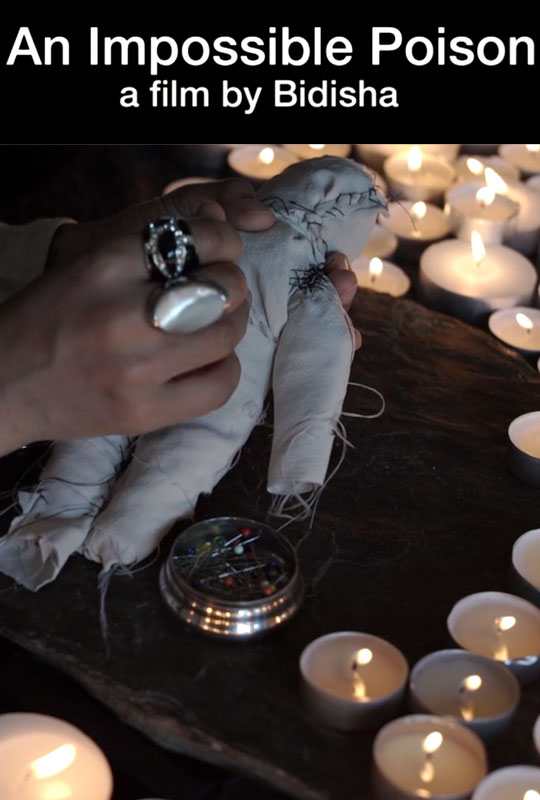 During a short, intense day, a woman enacts an occult ritual.

Bidisha is a British broadcaster, writer and film-maker. As a journalist she specialises in international human rights, social justice, gender and the arts and offers political analysis, arts critique and cultural diplomacy tying these interests together. She writes and reviews for the main UK broadsheets and presents for BBC TV and radio, Channel 4 News and Sky News, where she has been a regular newspaper reviewer since 2016. Her fifth book, Asylum and Exile: Hidden Voices of London (2015), is based on her outreach work in UK prisons, refugee charities and detention centres. Her first film, An Impossible Poison, premiered in Berlin in November 2017 and received its London premier in March 2018. It has been highly critically acclaimed and selected for numerous international film festivals.