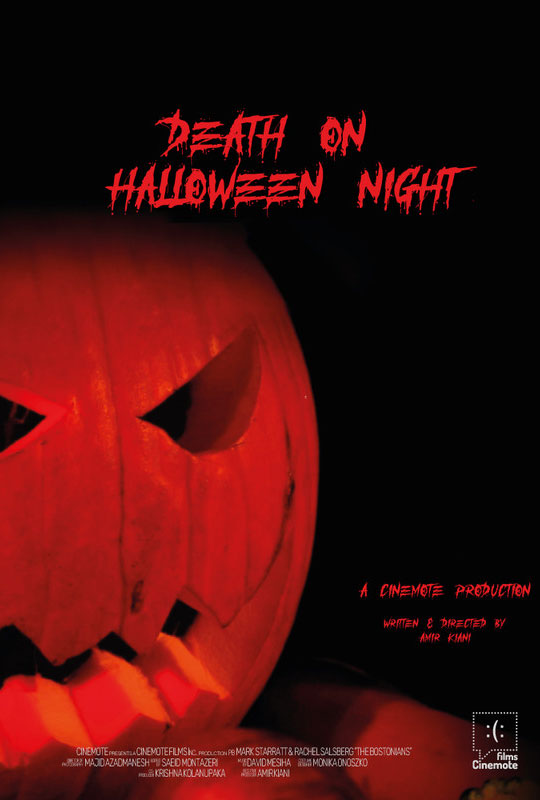 What could go wrong while making a nice dinner on Halloween night!

Amir is a former journalist and Toronto-based director/producer and an alumnus of Staffordshire University and Asian Film Academy. After graduating from film school and creating 7 short films in Iran, he moved to Ottawa to pursue his education in fine arts and cinema. Amir is a proud student of great masters of cinema such as the legendary French writer Jean-Claude Carrière, Palme d’Or winner Hou Hsiao-Hsien, and the respected producer of Hanway Films (Carol, Brooklyn,…) Stephan Mallmann.

In 2017 Amir established his production company Cinemote and since then has directed and produced a 7 episode documentary series, 4 short films, and currently is in development of 1 feature documentary as well as another narrative feature project.