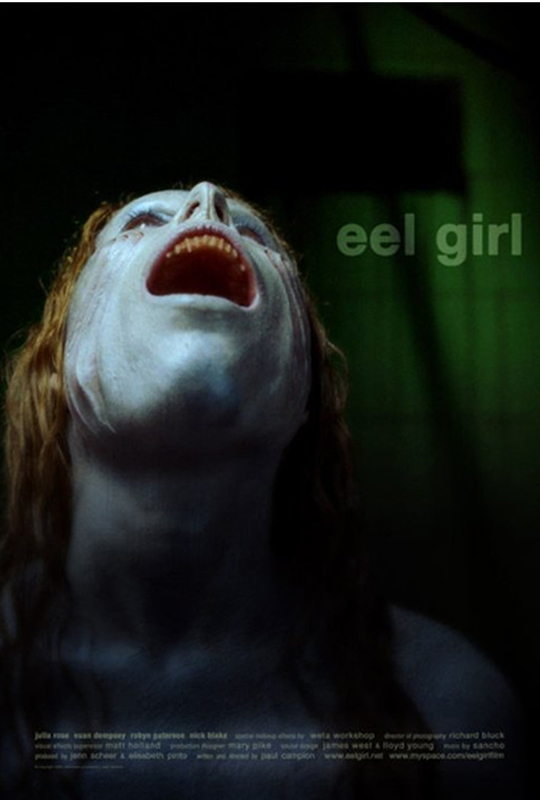 In a secure military laboratory, a scientist has become obsessed with the half-human half-eel creature he’s studying. When she beckons him to her, it’s the call of a siren…

He began his career as an illustrator before working as a visual effects artist on films such as The Lord of the Rings, Sin City and recently Captain America: Civil War and Fantastic Beasts And Where To Find Them.

Paul’s multi-award winning short films Eel Girl and Night of the Hell Hamsters have screened at almost every major genre film festival worldwide, and he recently released his third short
film The Naughty List, based on a short story by best-selling Bram Stoker Award winning US author Brian Keene.