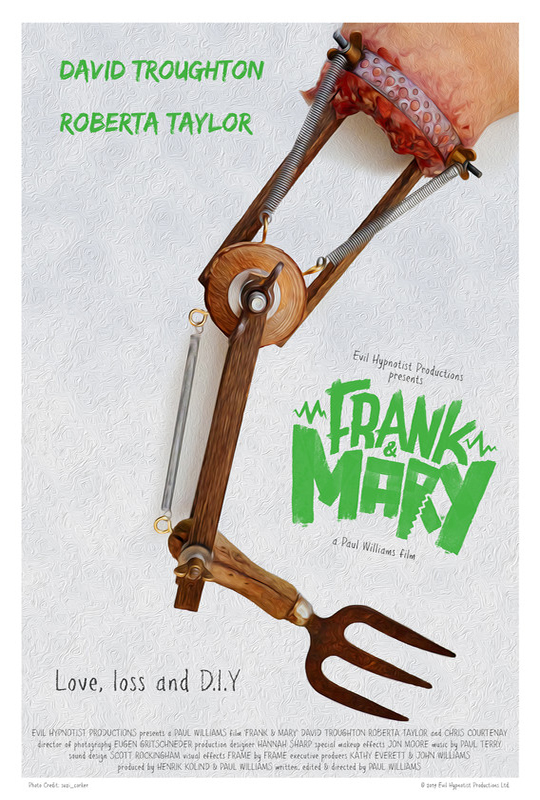 An elderly DIY enthusiast reanimates his recently deceased wife in the garden shed. A suburban twist on the classic Frankenstein tale.

Paul Williams is a writer and director who has been making films for 20 years, with seven short films and a no-budget feature film completed so far. His second short, ‘Mightier’, won the 2001 Cinemagic Young Filmmaker of the Year Award. More recently Paul’s short ‘The Furred Man’ won 13 international film awards, was officially selected in 45 film festivals around the world and aired on Channel 4 in the UK.

Paul is currently developing three feature films with his company, Evil Hypnotist Productions, while continuing to work with a wide variety of companies and charities producing video content for their projects.