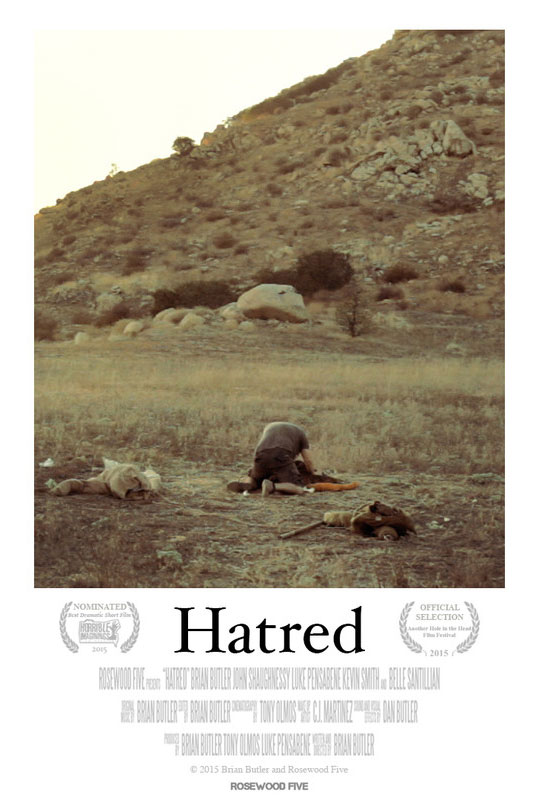 “Hatred” is about the pain of isolation and the horror of the subconscious, seen through the eyes of two brothers living on a forlorn ranch, struggling to retain what sanity they have left. After a violent altercation in town, one of the brothers plummets into despair, losing touch with reality. “Hatred” illustrates the relationship of these isolated brothers, with an experimental filmmaking approach that aims to demonstrate the ferocity of nightmares and the dread of not knowing what is real.

Brian Patrick Butler began shooting and editing films at an early age, later becoming involved in theatrical performance in high school and college. He studied acting at Magdalen College, Oxford and earned a BA in Theatre Arts at San Diego State University. He has since performed in numerous feature films (most recent: Thane of East County, Assumption) and plays (most recent: The Aliens – Ion Theatre, Return to the Forbidden Planet – New Village Arts), written and directed two short films (Hatred, The Phantom Hour), and directed a play (The Last Days of Judas Iscariot) at San Diego State University.