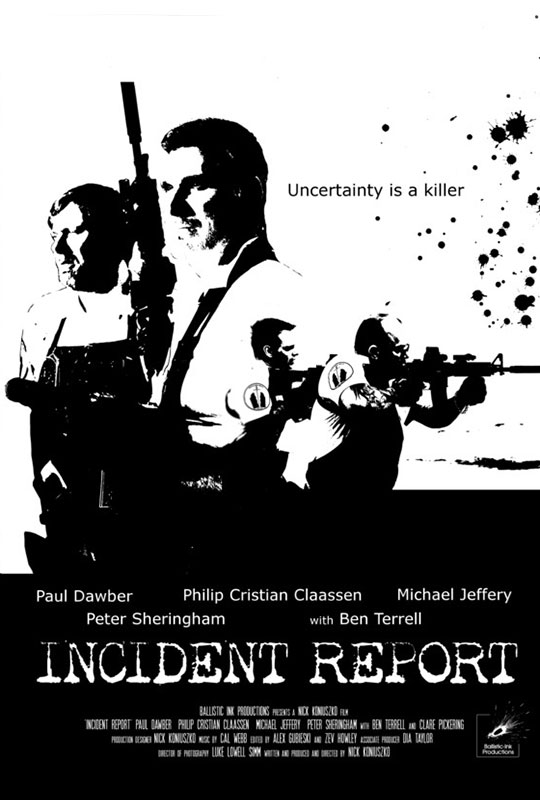 The leadership of a government zombie hunting group is tested when their leader confronts his missing wife.

Nick Koniuszko is a film director and writer from Melbourne, Australia. A graduate of Holmesglen Institute of TAFE with a degree in Screen Production and a diploma in Professional Writing, he created the production company Ballistic Ink Productions. After working on other people’s work, it was time to create his own. Inspired by his favorite director James Cameron who is also left-handed, he set out to paint with a large canvas with his debut short film Incident Report.