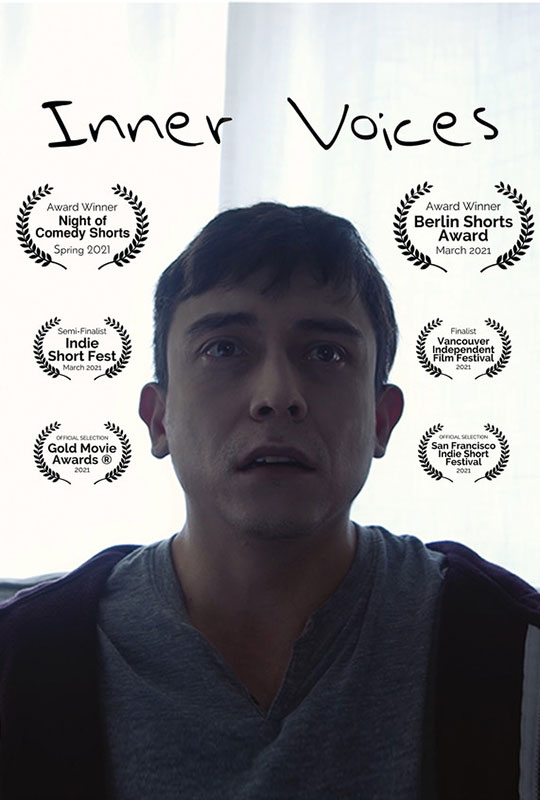 A young man plagued by voices in his head begins his first session with a psychotherapist.

This is Duncan Kinzie’s directorial debut. He graduated from Chapman University in 2018 with a BFA in Screen Acting, appearing in a number of student films and stage productions during his time there. A founding member of Studio Schmudio, Duncan’s ambition is to explore the endless possibilities of cinematic storytelling, and prove that smart filmmaking can match the impact of big budget productions. With the completion of Studio Schmudio’s inaugural production, Inner Voices, Duncan and his company are proud to present their vision to the world and embark on their journey as a creative studio.