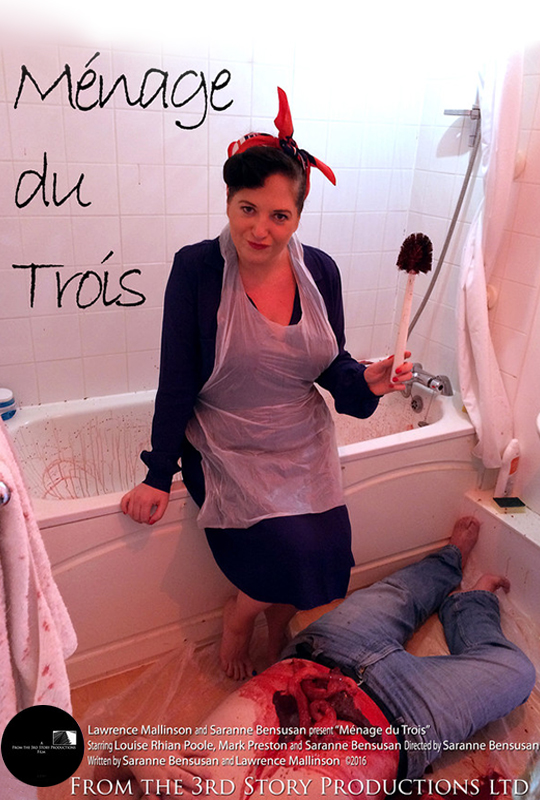 They’ve picked a victim, she’s bound and gagged; but Bronwyn has chosen this opportunity to confront Dave about the inequalities in their killing games. When Dave feels that sharing his victim with his wife will satisfy her as much as it does him things turn from bad to worse for him and she ends up having all the fun herself!

Saranne’s creativity started with music as she learned to play the piano as a teenager before getting a job editing and producing radio commercials at Moray Firth radio.

A few years later she moved to Surrey and made an application to study geology at the University of London where she formed the band From the 3rd story, as a singer and guitarist until she graduated and took up a solo recording contract.

Once released from her contract Saranne started to compose music for films before making her first short film “The Shoe” in 2009, she started her first feature an animation “The Hunting of the Snark” a year later which she also wrote, produced, photographed and edited as well as did much for the animating for and as part of a small team had to learn how to design and build the puppets. In 2012 Saranne also made a mockumentary titled “inevitability”

After great directing success with The Snark and “Mano a Mono” Saranne also returned to the role of composer for 2017’s Ménage du Trois.