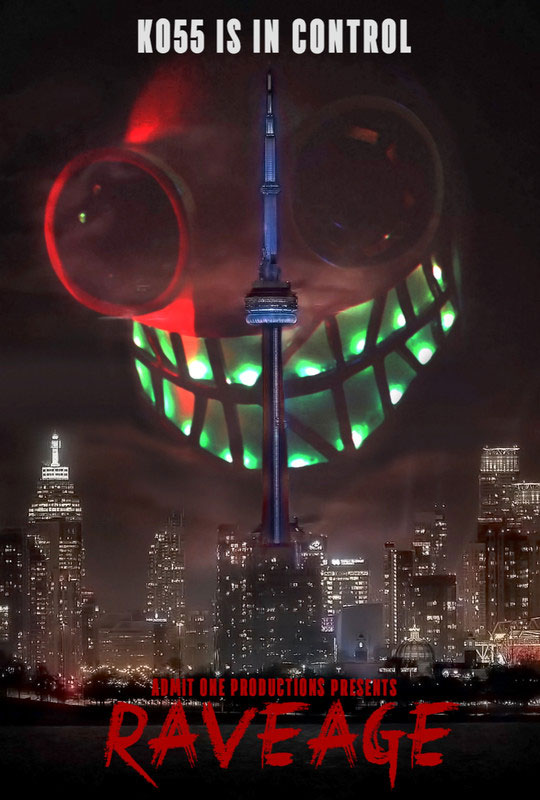 The series follows a journalist’s search for her missing sister as it takes her into a mysterious underground world of dance floor cults, dark web chat rooms, political scandal, and the rise, wrath, and anarchy of EDM’s newest celebrity DJ K055.

This is the opening chapter of the show… It’s 4 short episodes of a planned 12 episode season. Welcome to the CHAOS CLUB.

I have been in the film and tv industry for over 20 years and I am an experienced writer, director and producer. I graduated with an Honors in Film and Drama at McMaster University in 1999, and began my career as an actor, but have worked in various roles in the industry including: Stand In, Photo Double, Stunt Man, PA, and Assistant Director. I created and founded Admit One Productions in 2007, working as Director, Writer and Producer on films, commercials, music videos, web series, and music documentaries.