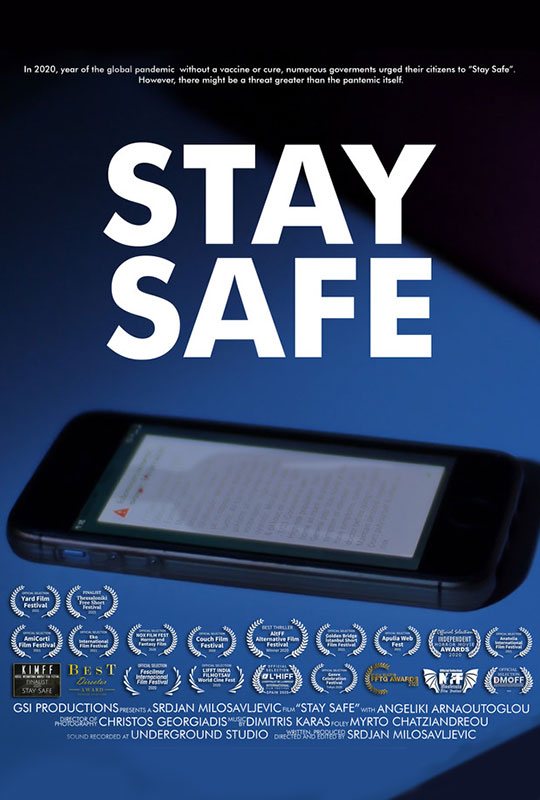 In 2020, year of the global pandemic without a vaccine or cure, numerous governments urged their citizens to “Stay Safe”. However, there might be a threat greater than the pandemic itself.

Filmmaker from Greece, of Serbian descent. Writes and direct short and feature films. His first feature film, “The Spirits”, got an award for female performance at Bridges International Film Festival in Greece in 2017. The same year, his script for feature film “The Price of Hapiness” got awarded by Scriptwriters Guild of Greece.