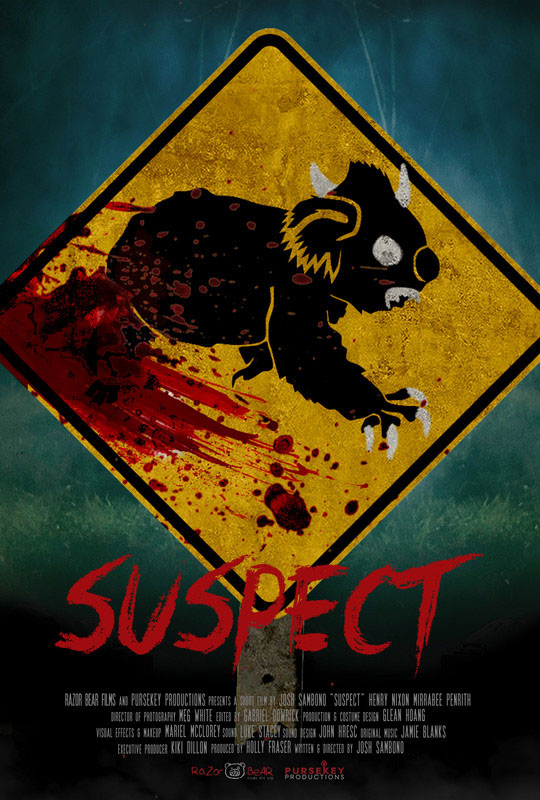 After Jordan, an Indigenous teenager, misses the last bus home, he is chased through the midnight streets of Western Sydney by a relentless cop. But they are not alone… What’s that sound? Is it a possum? A fruit bat? Or could it be a drop bear?

Suspect is a comedy horror film that explores racial profiling and turns the tables on the truth. It’s a fantasy world where an Australian policeman experiences what it’s like to be the target of a malevolent force that he is powerless to stop.

Indigenous filmmaker Josh Sambono has been relentlessly pursuing a career as a writer/director of genre-blending films.
His short film LEROY’s DREAM won awards both locally and abroad also he co-wrote the horror feature THE QUARANTINE HAUNTINGS which had a limited release in theatres in 2016.

He dreams of telling comic stories that tell the plight of the human soul; battered, bruised but still smiling.