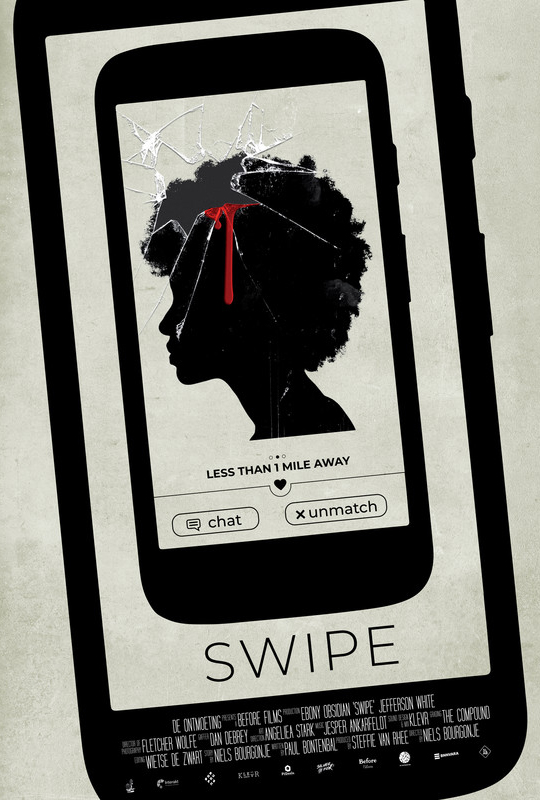 A girl finds out that she has a match on a dating app with a stranger, despite swiping him to the left moments ago. She starts to fear that the man is dangerously close to her.

Swipe is a tense short film, dealing with subject matter that is a little too close for comfort. Harassment is something that is slowly getting more attention, despite the fact that a lot of women have struggled with this pretty much on a daily basis. The online realm gives predators new ways to stalk their prey. With Swipe we want to give the viewer a chilling reminder of very real threats people face every single day. We feel the best examples of horror films have always been about social issues. Whether it’s racism (Get Out), bullying (Carrie) or sexual assault (Rosemary’s Baby). Because isn’t a nightmare even more scary when you feel it isn’t too far off from reality?