The Things We Tell the Ones We Love 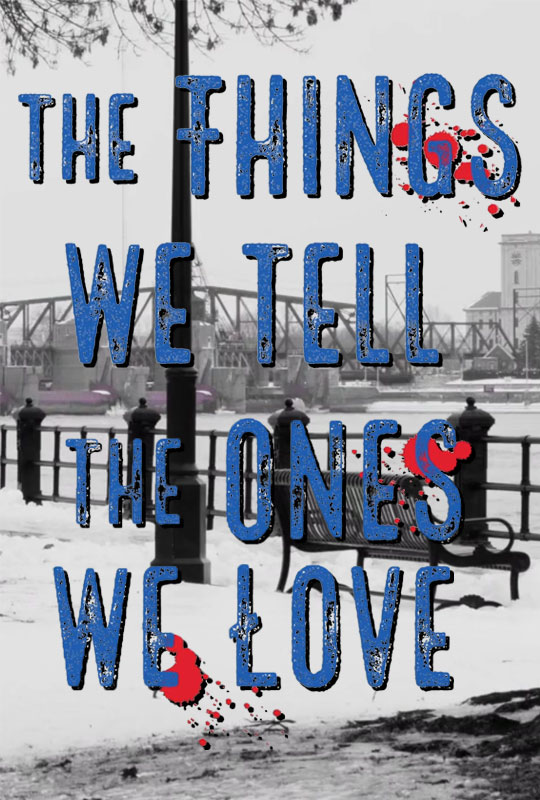 The Things We Tell the Ones We Love

“THE THINGS WE TELL THE ONES WE LOVE” is a satirical sci-fi thriller about a designer virus that attacks the pre-frontal cortex of select humans, causing damage to executive functions. Those infected enter into a Frenetic Random Activity Period, in which they temporarily lose inhibitions, act on impulse and do dangerous things. The film is set a few years in the future, in Central Freedom Zone 2, an area of the midwestern United States with no taxes, no public services and no regulations.

Billy has become estranged from his wife Sabrina after she contracted the virus, and lives with his mother Mary and 18-month-old daughter. Sabrina suffers an outbreak and attacks the house, obsessed with stealing back her daughter. With the help of his mother and sister Ashley, Billy defends their house from multiple FRAP invasions by Sabrina and her Syncro, Bunny Clown Dude. Unwilling to pay for private police service or the outrageously-priced anti-dote, Billy’s mother Mary is ready to solve the problem the old-fashioned way.

Matt Wilkins started Sisyphus Productions 32 years ago in Davenport, Iowa. Since then, he has made over 20 shorts and 2 features, including MARROW, BUFFALO BILL’S DEFUNCT, INTERIOR LATEX, MCMULLEN’S MACHINES, THE GODS LOOKED DOWN AND LAUGHED and THE THINGS WE TELL THE ONES WE LOVE. He has received 14 grants and fellowships from 4Culture, Artist Trust, MOACA, NWFF and The Allen Foundation for the arts. His films have played Seattle International FF, Cinequest, Portland FF, Central Standard FF, Italian RAI Uno, W.O.R.M. in Rotterdam, New Filmmakers NYC, Smithsonian Institute, Sundance/$5 Cover, among others. He has worked as a Field, Story and Supervising Producer on TV shows like HOARDERS, INSIDE HOMICIDE, MOUNTAIN MEN, MY 600 POUND LIFE, TWISTED SISTER