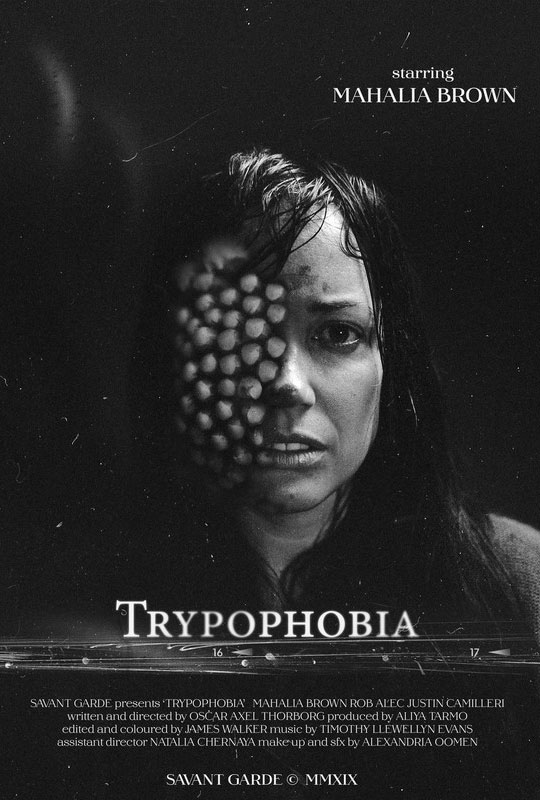 A young woman auditions for a film while struggling to come to terms with her son’s death.

When I first heard about trypophobia and learnt how wide spread the fear was, I knew that it was ripe for exploration through the wonderful medium of psychological horror shorts.

The Swedish born, Australian bred filmmaker cut his cinematic teeth as a freelance cinematographer, editor and director around Melbourne before settling in with the visual wizards at Guerilla Creative. Oscar has written, directed and shot several short films that have been selected for festivals all around the world including; Rhode Island International Film Festival, St Kilda Film Festival, Reel Good Film Festival, Scare-A-Con, A Night of Horror and been nominated as semi-finalist and finalist in Hollywood Screenings Film Festival and Monster Fest respectively.