Your Game Is Over 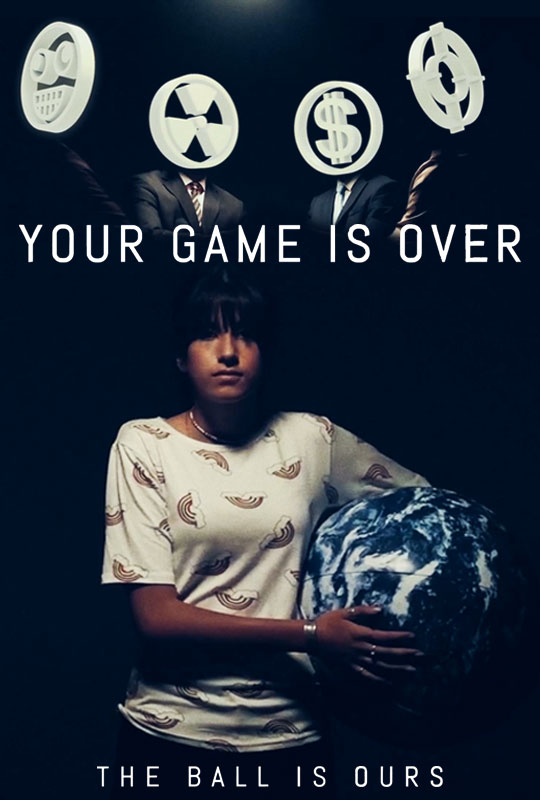 Your Game Is Over

The planet is seen as a big global playing field where some people try to do their best to protect it while forces like money, industrial pollution, ignorance, and violence neutralize all efforts by playing carelessly with her.

The solution? We need the ball back and blow the final whistle of this destructive game to let a new team play.

Valérie Flores caught the directing bug at junior high school during an “audiovisual initiation workshop”. She has never recovered from it!
She studied film while gaining practical experience at the same time (as wardrobe master to grid assistant, an extra, and any job that fed the cinema bug.)
Since then, Valérie Flores has directed short films, documentaries and various television and multimedia programs.
A Jacqueline of all trades, has always combined her passion for writing, film directing and production with more technical experience (camera, lighting, editing, postproduction).
She is now turning her attention to feature films and series.

Producer, director, writer and technician (Director of photography / Editor / Video reporter). Her polyvalent profile enables her to bridge the production and creative aspects of the projets.