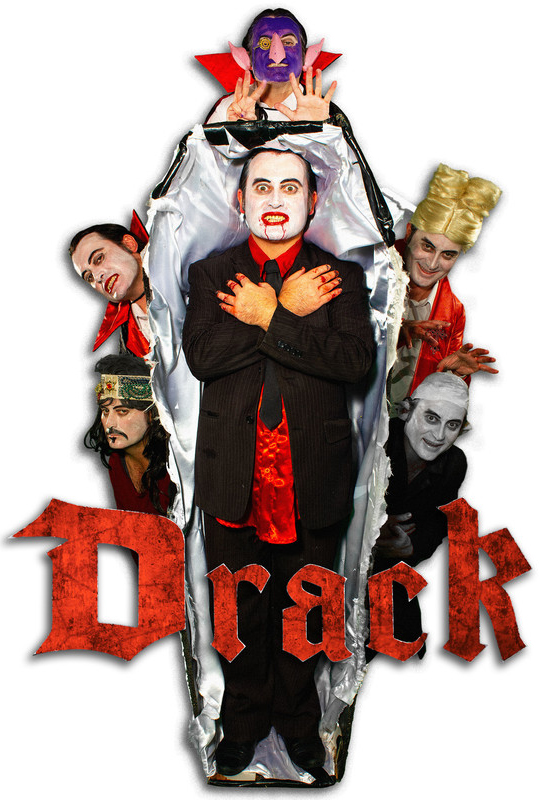 Drack is a mockumentary about Vaughan Trainor, an obsessive Dracula impersonator who is trying to impersonate the many different versions of Dracula. When he is thrown out if home by his wife Mina, Vaughan must rebuild his life, find love, work and defend himself from the machinations of the mysterious Crowley.

Sam Sexton was born in Melbourne and went to school in Warwick in South East Queensland. It was there that he first discovered his passion for filmmaking; winning two ‘Brisbane New Filmmaker’ awards for his Year 12 film, ‘Qualla: Jellyfish In Heaven’. In 1996 Sam began studying a Bachelor of Visual Arts at QUT where he continued making films and showing them in art galleries around Brisbane. Since then he has gone on to complete a Masters in Film and Video at Deakin University and has continued to make short films including Chasing Shadows, Shakespeare and Drack. Sam has also dabbled in theatre; co-writing and co-producing ‘A Close Call’ with Alexandria Page.