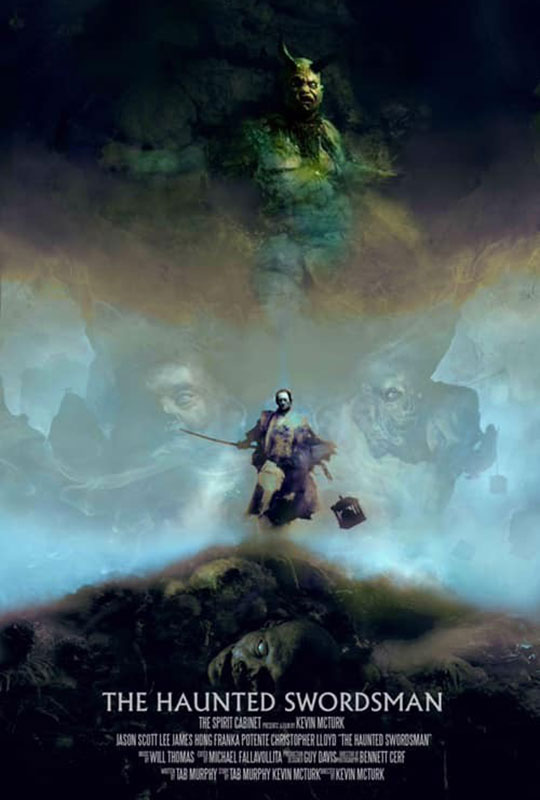 In this handcrafted epic puppet film set in a world of demons and ghosts, a lone samurai and his odd companion, a cursed severed head, seek vengeance in a haunted world.

A professional creature effects artist, cinematographer, model maker, and puppeteer, Kevin McTurk has been working in the effects industry for over 20 years. A graduate of Pennsylvania State University with a Bachelor of Arts degree in Film Production, Kevin moved to Los Angeles in 1992 and began his career in special make-up effects at Stan Winston Studios, working on Batman Returns, Interview with a Vampire, and the Jurassic Park films. He has worked for many effects companies over the years, including the Jim Henson Creature Shop, Amalgamated Dynamics, and Spectral Motion. Kevin also worked at New Deal Studios, where he was involved on the miniature effects shots for the Martin Scorcese films The Aviator, Shutter Island, and Hugo.

In 2004, Kevin was contacted by Weta Workshop in New Zealand and moved to Wellington to work on the films King Kong,The Chronicles of Narnia: The Lion, The Witch, and the Wardrobe, and the gory comedy Black Sheep (in which he also played the Weresheep creature).

In 2011, Kevin received a Project Grant from The Jim Henson Foundation to make his first puppet short film “The Narrative of Victor Karloch.” The film played in over twenty international festivals, and won the 2012 Best Animated Film Award at the DragonCon Film Festival. His follow-up film, “The Mill at Calder’s End” was the result of a highly successful Kickstarter campaign and played in film festivals around the world. This film has won several awards including the Grand Jury Award for Best Animated Short at Seattle International Film Festival, the Audience Choice Award for Best Short Film at the H.P. Lovecraft Film Festival, and the Rondo Hatton Classic Horror Award for Best Short Film.