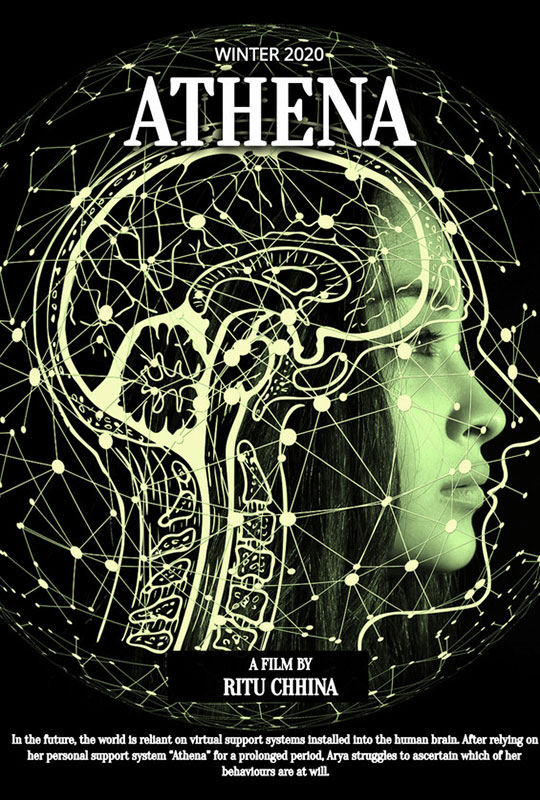 In the future, the world is reliant on virtual support systems installed into the human brain. Arya like every other human being with basic income, accepts and personalises a system for herself – Athena. When Arya starts experiencing familiar nightmares, she suspects her nightmares might be memories. Plagued by the reality that there is someone in her brain and monitoring her life at all times, Arya begins to feel controlled. Without the ability to recall all of the information stored in Athena, Arya struggles to ascertain which of her behaviours are at will.

Athena is a proof-of-concept and short film created as a science-fiction novella comparing the invasive nature of telecommunications and social media with the inevitable future of virtual assistants and human existence.