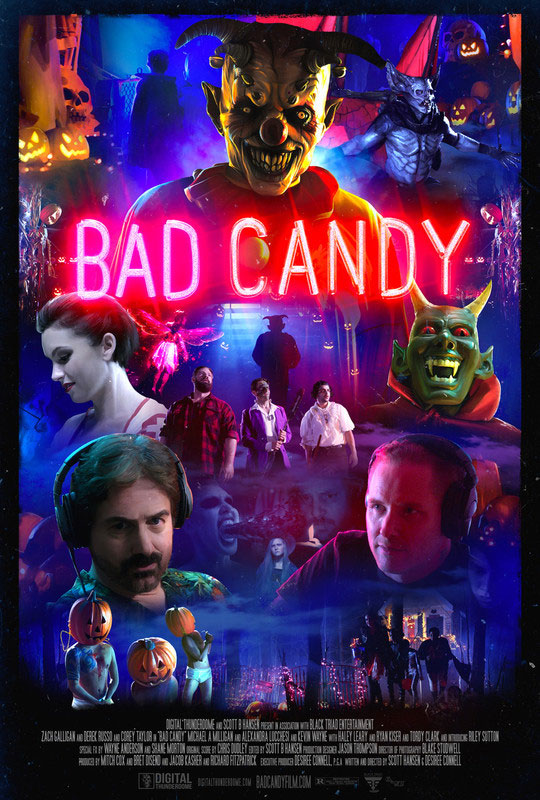 Bad Candy follows local Halloween stories of both myth and lessons learned in the community of New Salem. With its annual Psychotronic FM Halloween show, re-enactment radio DJs Chilly Billy and Paul weave the tales of the supernatural of years gone by. In this small town it’s a grimy ending for most, but will a few good souls survive?

In 2014, the team produced Until It Hurts, a documentary film about a piece of art commemorating fallen Navy Seals and how it has influenced a community. The film features Navy Seal Dave Hall and Wounded Wear founder, Jason Redman. The film went to be accepted to film festivals across the USA and won best feature film at Cayfest in 2016 and got world wide distribution.