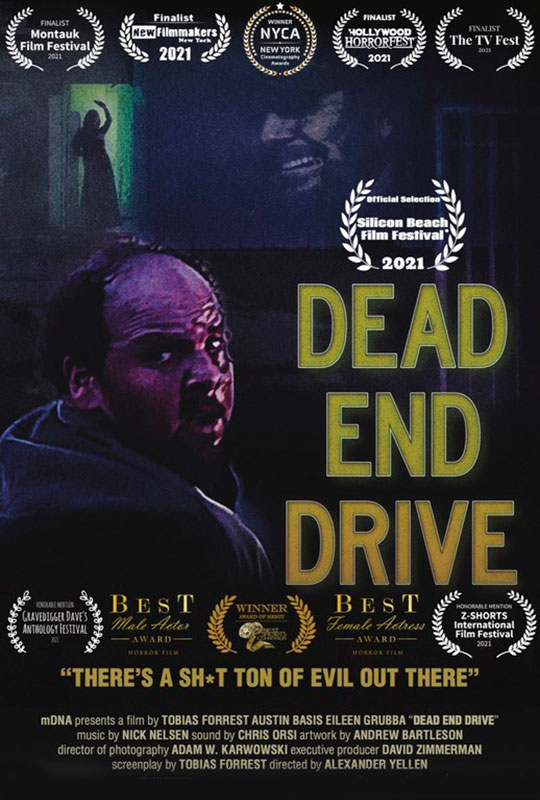 During the zombie apocalypse, one survivor finds a dead end that will hopefully lead him to salvation.

Alexander Yellen is an experienced director and cinematographer, a veteran of 45 feature films and 60 episodes of television. He has won two Telly Awards for his photography and been a festival finalist for his short film “miles to go.” Traveling extensively with his scientist parents, Alexander was exposed from an early age to a wide-range of people and environments. He developed a passion for visual storytelling and has always sought to make those stories accessible through meaningful and unique perspectives. Alexander was born in Washington DC, earned a degree in film studies from Wesleyan University in Connecticut, and has lived in Los Angeles for the last 15 years.