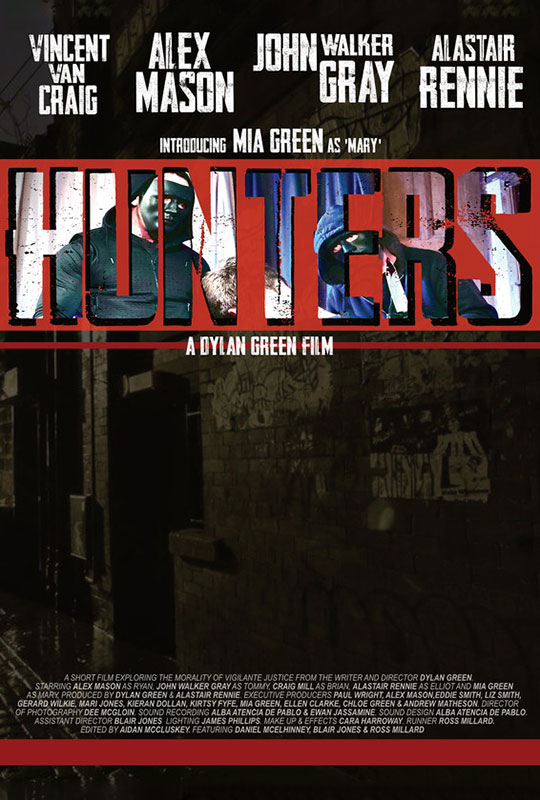 A mysterious paranoid man’s evening turns into a nightmare when he is targeted by a pair of pedophile-hunting vigilantes.

From an early age Dylan displayed a big interest in film and after watching a behind the scenes look at his childhood favorite film THE MUMMY (1999) decided he wanted to be a filmmaker.

Since then he went on to do a BA (Hons) Filmmaking and Screenwriting at the University of the West of Scotland, which he is currently finishing in the coming months, working as a director on many different low budget student films in different genres mainly horror and comedy. Some of these efforts include, the dark comedy MEATING THE FAMILY and the horror CUDDLES among others.

HUNTERS is his latest and greatest creation, a thrilling and horrific morality tale of vigilantism looked at through Dylan’s unique filmmaking sensibilities. He is overjoyed with how the film turned out and can’t wait to see how people react to it.

In the future, he hopes to make more unique short films and hopefully one day fulfill his dream of writing and directing a feature film