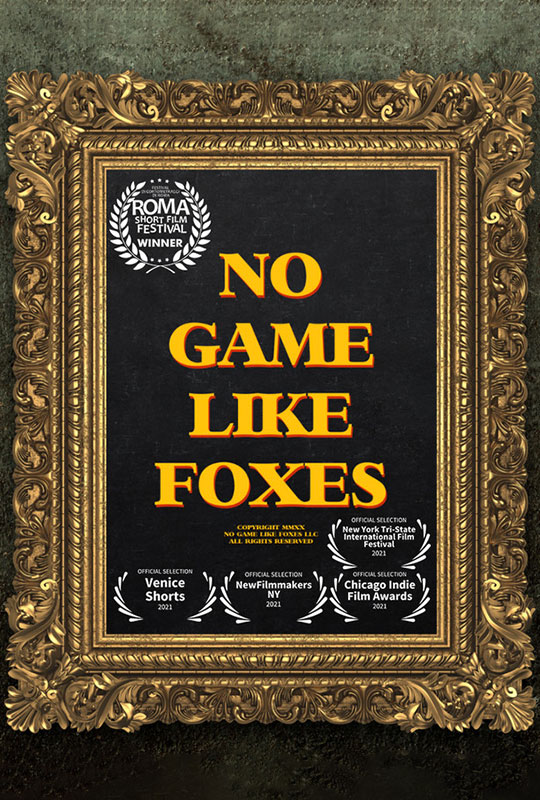 A man finds himself being stalked by a relentless killer, in a deadly game where humans are hunted for sport.

Raphael began his artistic career at an early age by using lego’s in his basement to create stop motion films, eventually moving into other mediums such as visual arts, graphic design and game design.

Graduating from full Sail University in 2017 with a Masters in Entertainment Business, he put his focus into screenwriting, producing and directing. Finishing his directorial debut No Game Like Foxes in 2021, with many more projects to come.

With each project, Raphael brings a deep love for video games, and classical media into the mix, blending genres and mixing together elements of inspiration to create something new.