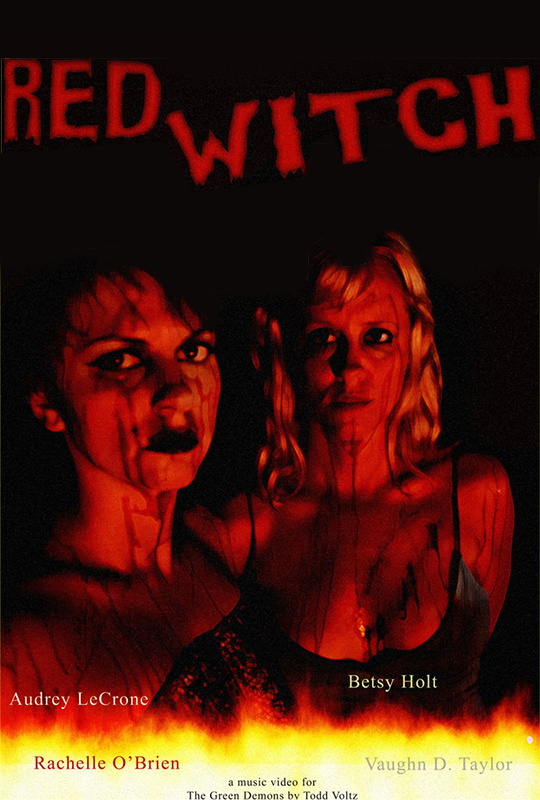 A giallo style horror music video for the song Red Witch by The Green Demons.

Todd Voltz is a multimedia artist who grew up in Southern Louisiana writing poems, songs and stories of an eerie nature. He spent time in the sticks and in the city. As a kid Todd took an interest in photography. In high school he started making films with friends. He received scholarships to college for acting and academic achievements. By the end of college he started writing and directing short films. As an actor Todd has appeared in many films and television shows including Waiting, Harold and Kumar Escape Guantanamo Bay, Whiskey Talking, On Becoming a God in Central Florida, Antebellum, etc… His music has appeared in shorts, shows and features. In 2015 Todd started Shockmount Media LLC which has produced short films, music videos, documentaries, commercials and