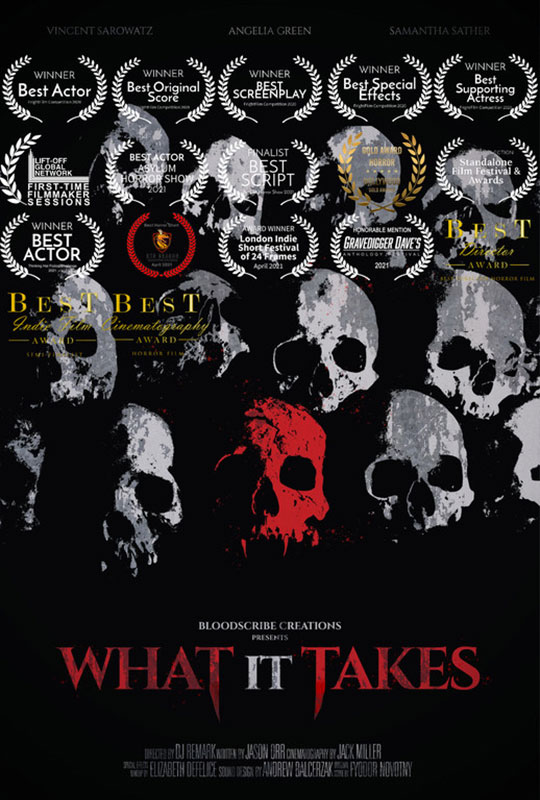 Vic lands an interview to become a Vampire.

Daniel (“DJ”) Remark has been producing short films for two years. In that time his films have won several awards from the Fright Film Competition in Cincinnati, OH, Hollywood Gold Awards, and Thinking Hat Fictional Challenge. His love of horror and storytelling is prevalent in his work and his influences include Mike Flanagan and David Sandberg. When not making fictional films DJ is a wedding videographer for UpNextVideo.com and enjoys spending time riding his motorcycle and smoking his pipe.