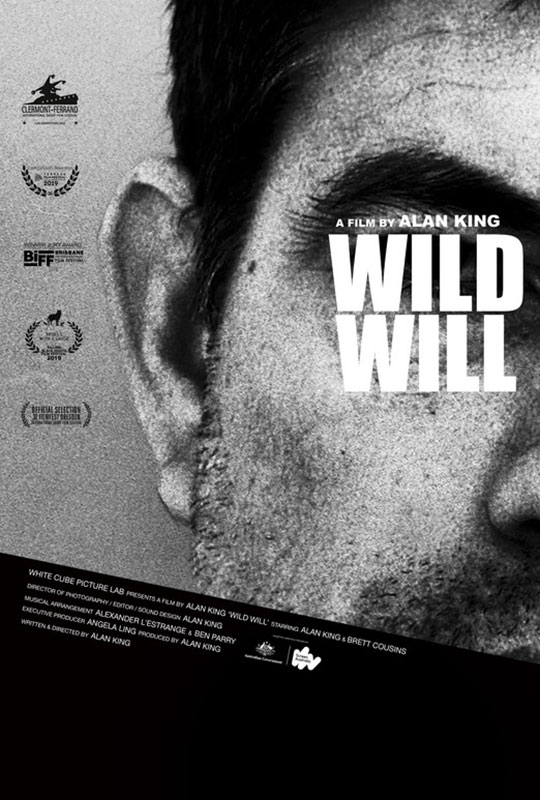 When the neighbourhood dogcatcher William Page, is found wandering the streets disoriented, he is taken to the local police station for assistance. However, the situation soon disintegrates into hell on earth.

An actor and artist, with a bachelor of fine art from the Victorian College of the Arts in 2006, Alan’s filmmaking practice aims to encapsulate these disciplines, along with a passion for avant garde storytelling. His 2019 short, ‘Wild Will’, shot solo in his apartment kitchen, screened in competition at over 50 festivals worldwide, incl; Clermont-Ferrand (world premiere), Tampere, Dresden, Cannes Antipodes, Encounters and Tallinn Black Nights. Jury awards for the film included, Brisbane, Castrovillari, Sorsi Corti and Short Days film festivals. A 2018 Australian Writers Guild, ‘Monte Miller’ nominee, Alan is currently working on his first feature film ‘The Beast’, a fictional dark comedy about a notorious recluse.