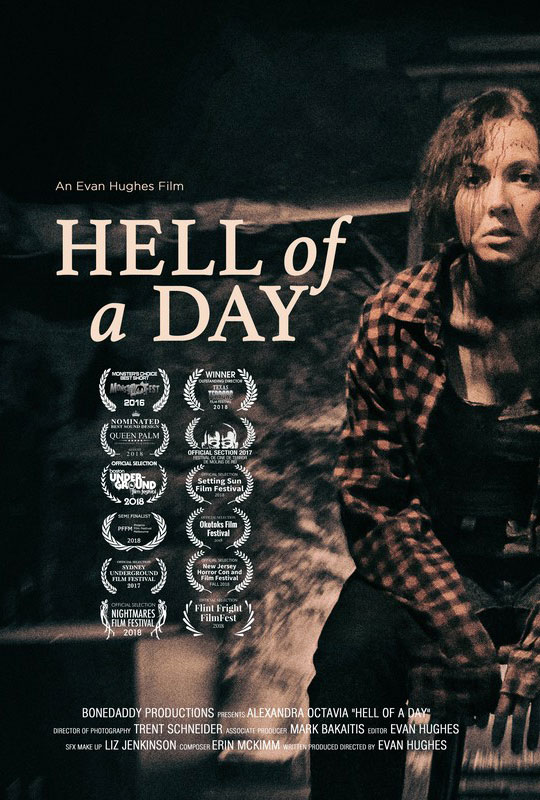 A lone survivor in a post-apocalyptic world finds herself trapped in a basement below a zombie infested Inn after seeking first aid. But her greatest challenge is not the terror of the stalking corpses, but the day by day battle of solitude she must endure to stay alive.

Evan Hughes is an award winning filmmaker from Australia who has focused on making films since childhood and hasn’t stopped telling stories since.

Hughes works as a freelance camera operator and editor for his own business and as a rigger at the Australian Broadcasting Corporation where he was able to craft his filmmaking skills.

Evan’s previous animated film ‘Balloon Ride’ was a great success for his first run on the festival circuit and received much praise for its raw intensity and focus on domestic violence issues.