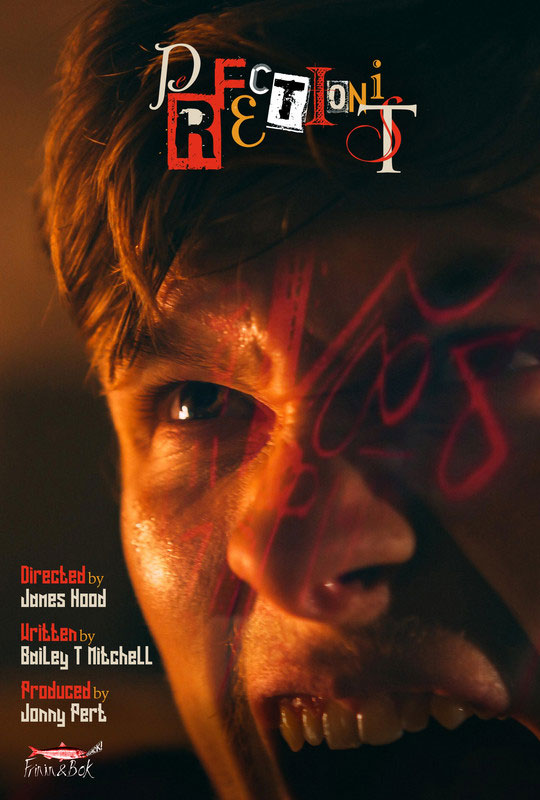 A simmering rivalry between two brothers boils over in this dark rumination on artistic obsession. Feuds become fires when these two skilled craftsmen are tempted by an impossible task, promising untold riches. ‘Perfectionist’ unsettlingly reflects on the mindsets which can take over the creatively minded, and culminates in a surreal climax with grim metaphorical connotations…

James was born and raised in Swindon, Wiltshire. Growing up, he watched countless films and started to learn the language of cinema at an early age. It wasn’t until he reached his teenage years that he realised that he had a specific skill in filmmaking where he made several short films at college which progressed to University where he started focusing on more experimental work. This is where his love for horror films was born, heavily influenced by the masters of the genre such as David Cronenberg and Dario Argento, James has set his sights on becoming the next voice of the horror genre, focusing on making films ultimately about the artist’s tortured soul and loneliness.