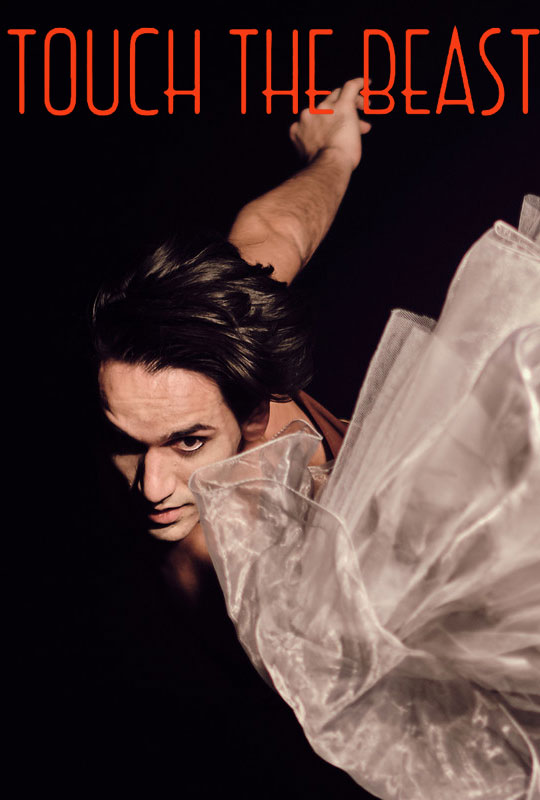 is a dance film and performance evoking a gothic world through the lens of the 21st Century, featuring a charismatic cast caught in a moment of time; sensual, strange, gender fluid it is inspired by the tales and poems of Edgar Allan Poe and the visual art of Aubrey Beardsley.
Created in 2019 it is a gothic romance film and performance filled with ambiguity and at 20 minutes (9 minute film, 11 minute live performance) is a forerunner to what will be a longer live work. Three characters emerge from the dark and interact and we, the viewer are left with a sense of disquiet over half realised encounters and a possible murder.

DORA FRANKEL is Founding Director of Fertile Ground North East based contemporary repertory dance company and on appointing her successors in 2018 now works independently.
She trained at Rambert School and The Benesh Institute and has had a long and illustrious career in performing and choreographing in dance, theatre and education here and abroad, mainly in America and Scandinavia. She returned to the UK in 2001 to study for her MA Choreography and on graduation she moved to Newcastle where she formed Dora Frankel Dance (later Fertile Ground).
Dora Frankel Dance (DFD) was known for the many projects, often with newly composed live music that toured across the North East of England appearing in unusual settings, and Fertile Ground grew out of these ambitions.
Dora’s career credits include ‘Inspired Imbalance’ for (then) Malmo Ballet, ‘1892’ a rock opera for Wasa Theatre Finland, ‘Tyne Span’, ‘Postcard (from another Country)’, ‘Different Spaces/Different Sounds’ ‘Bitter, Sweet and Dark’ all for Dora Frankel Dance and ‘Elephant Dances’, ‘On the Darkened Wing’ & ‘Now’ for Fertile Ground. She is currently creating Figures in a Floating Landscape the 2nd part of a trilogy inspired by the work of JMW Turner.